An Old Fashioned is one of my favorite classic cocktails. My spin mixes sugar, whiskey and bitters with a hint of orange and a cherry on top. 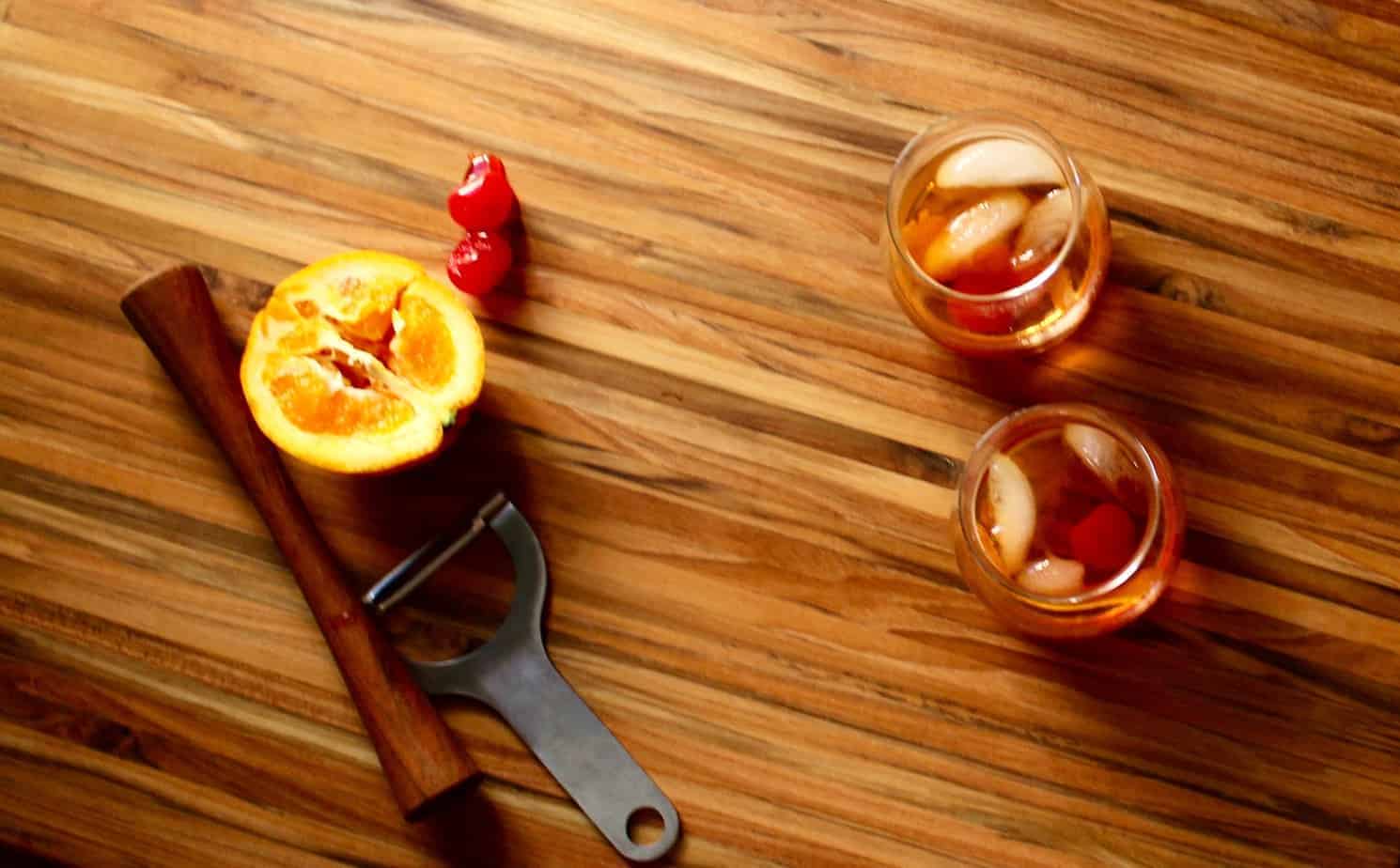 When I moved to Charlotte, I struggled to find a bar that made a proper Old Fashioned.

(As an aside, hey people, it’s Old Fashioned, not Old Fashion. Seeing people write that makes me want to gouge my eyeballs out…so seeing it spelled “Old Fashion” on your drink menu keeps me far, far, away). 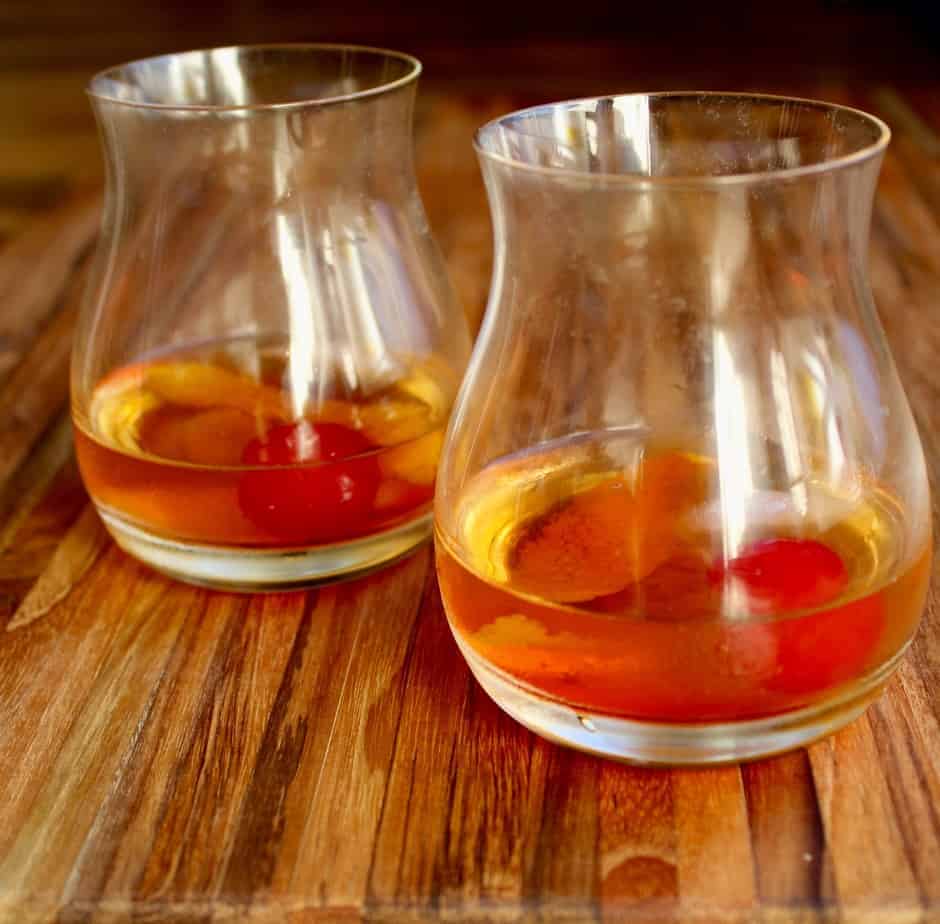 Whatever it was, after a few lame attempts at Old Fashioneds that turned out more like whiskey on the rocks with a splash of soda water, I avoided my go-to order in Charlotte for a while. Four years later, I luckily have found a go-to place for my go-to drink. 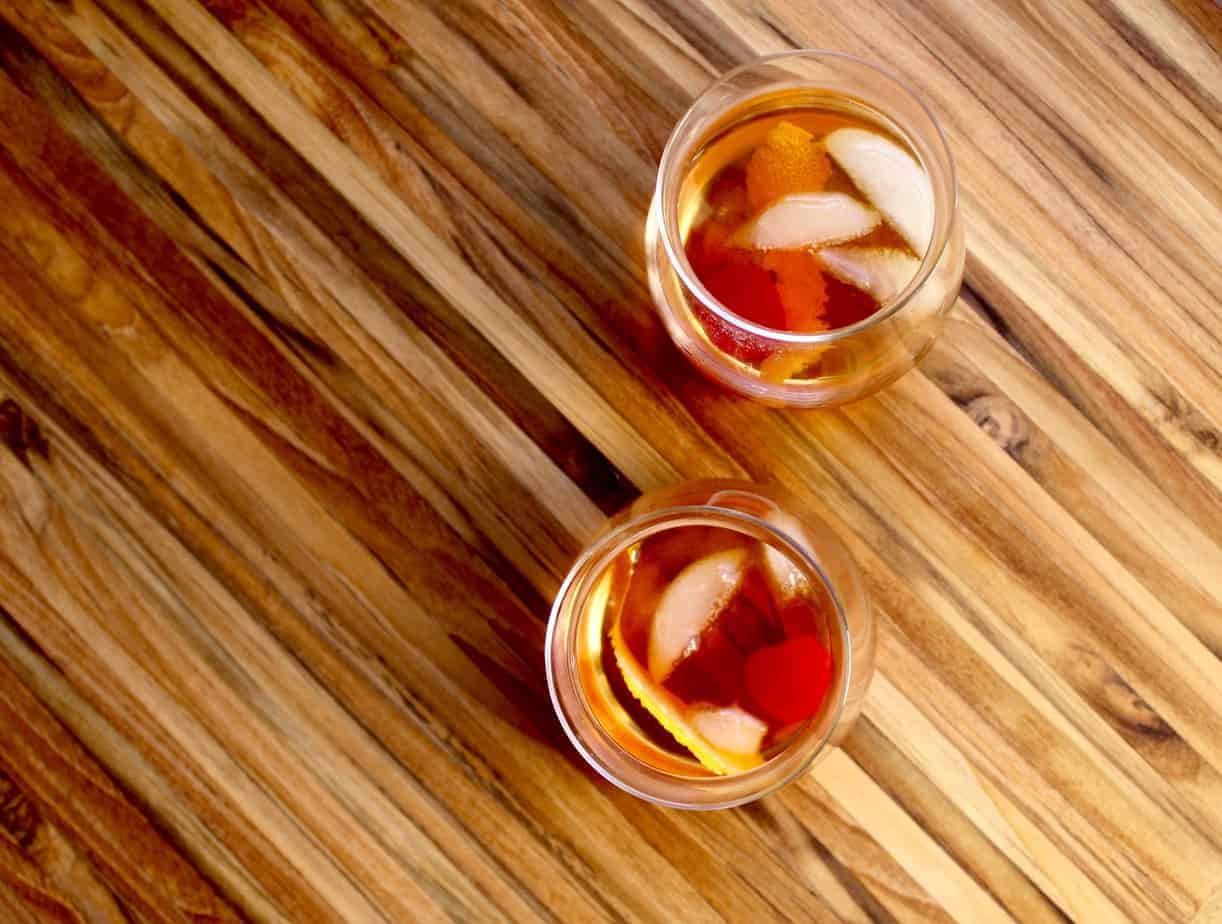 But even though I know where to go when I am in need of a nod to the Midwest, we’ve also been trying to up our cocktail game at home (a $12-$16 Old Fashioned at a bar just doesn’t always fit in the budget). We’ve had a lot of fun over the past year or so cooking up concoctions that we can then sip and savor. 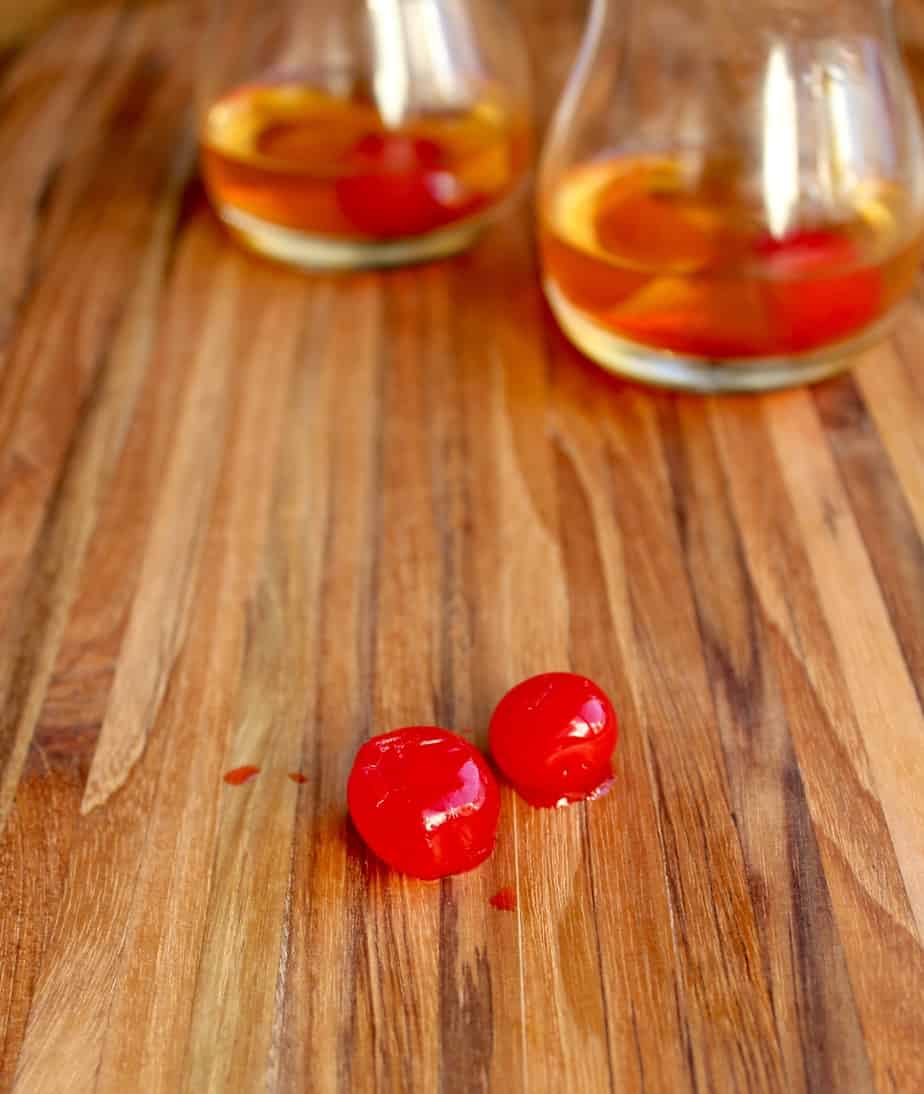 You can make an Old Fashioned at home with the things you already have on hand. A sugar cube, few shakes of bitters, splash of water, some muddling and a pour of whiskey later, you’ve got yourself an Old Fashioned. Channeling my favorite bars in college and law schoolI like to add a pinch of orange (plus a bit of the peel) and a cherry for garnish (sometimes two). Serve with Badger football and a rousing game of cribbage. 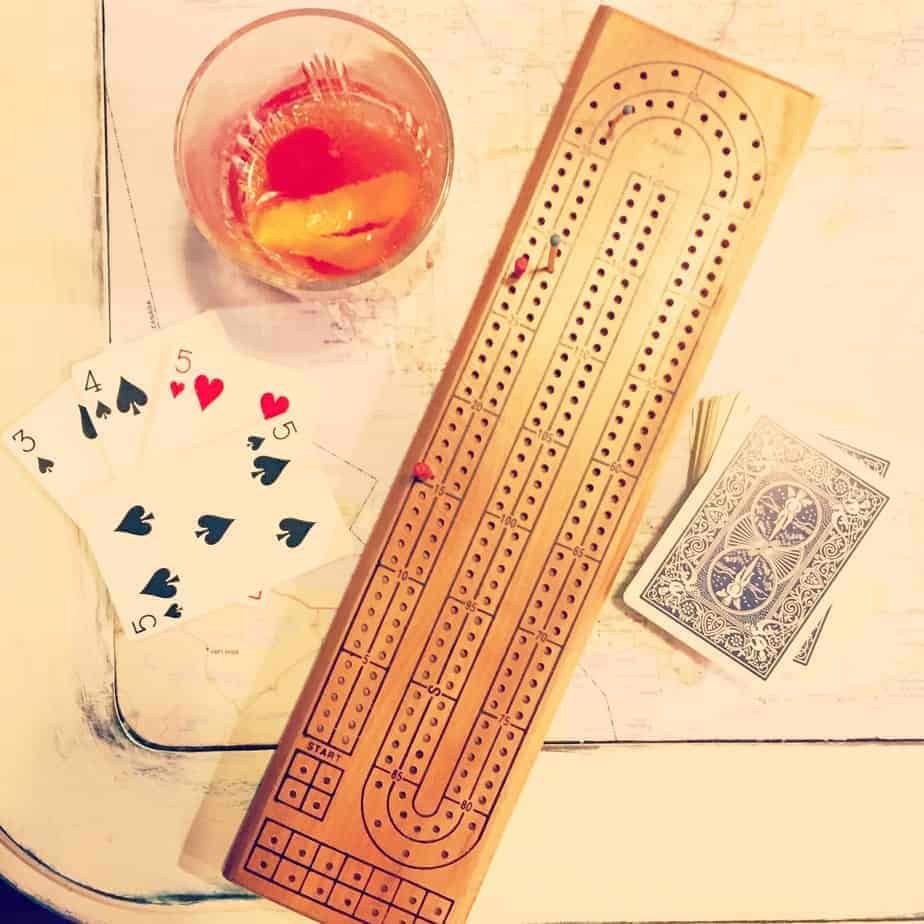 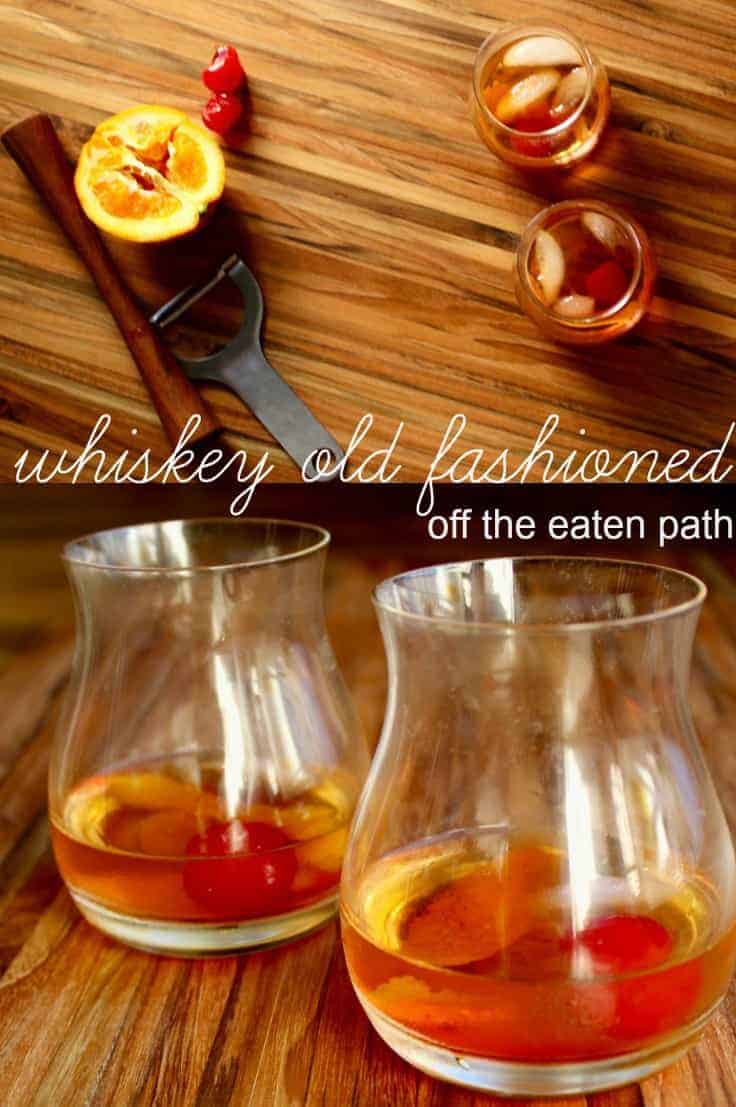 Hi! I'm Chrissie: a pizza and sushi loving, craft beer and red wine drinking, restaurant exploring and traveling home cook who's been taking pictures of my food since 2013. To learn more about Off the Eaten Path, click here!
11shares