The Charlotte Brewery Bracket is a tournament style series featuring the 26 Charlotte breweries and cideries in weekly head to head match ups where you can vote for your favorites on Facebook and Instagram to determine the winner. Which Queen City brewery will be crowned? 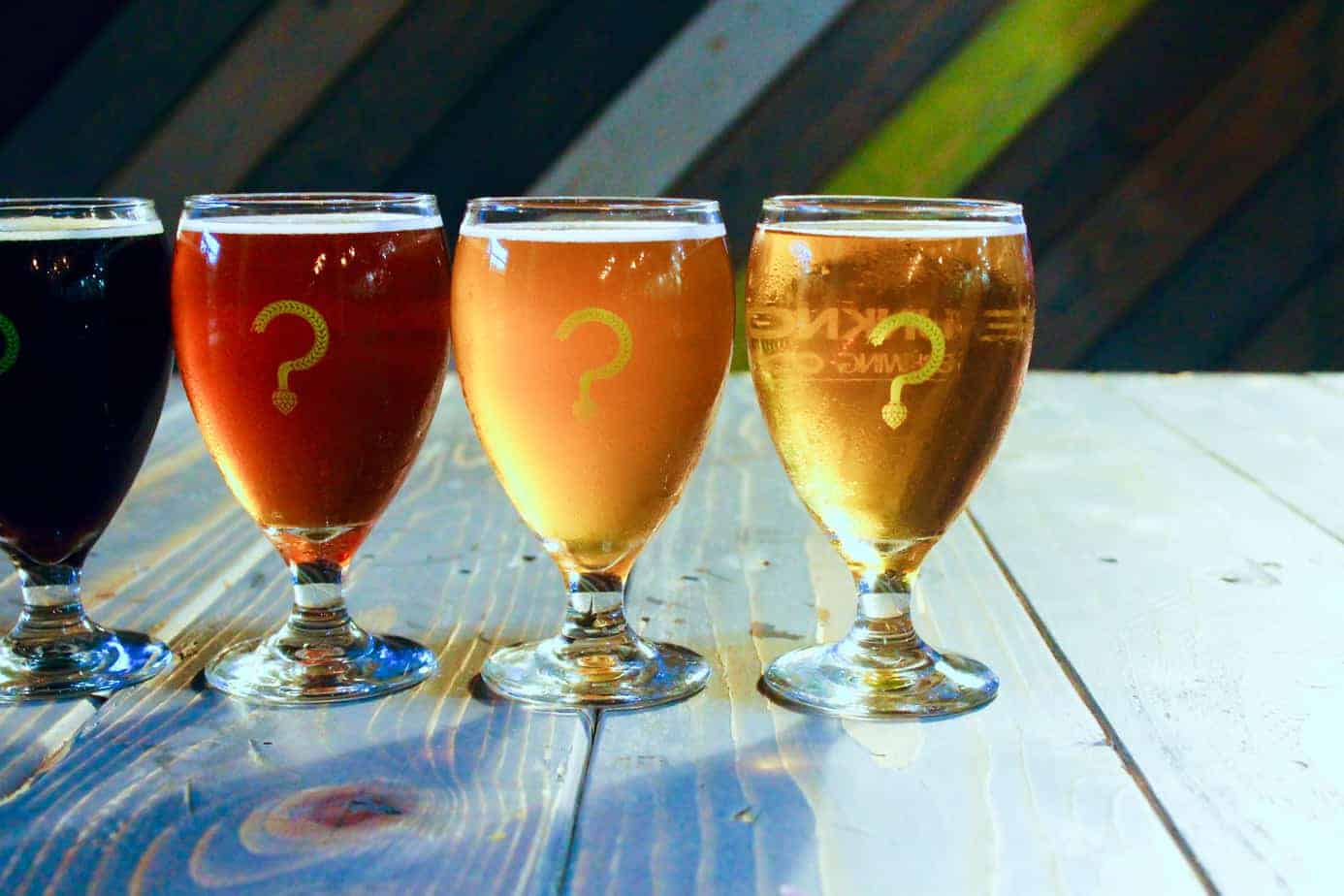 I’m not that into basketball.

But you know what I’m really in to? Beer.

Especially craft beer. And if we’re going to get really specific, beer that’s brewed in Charlotte.

(Read all about our favorite Charlotte breweries here.)

Even though I’m not that into basketball, I get really hyped every year when the annual tournament starts in March.

(You know the tournament I’m talking about, it’s total madness. If you didn’t know, I work as a lawyer and am aware that I can’t use the tournament’s official name because it’s trademarked and I would prefer not to get sued.) 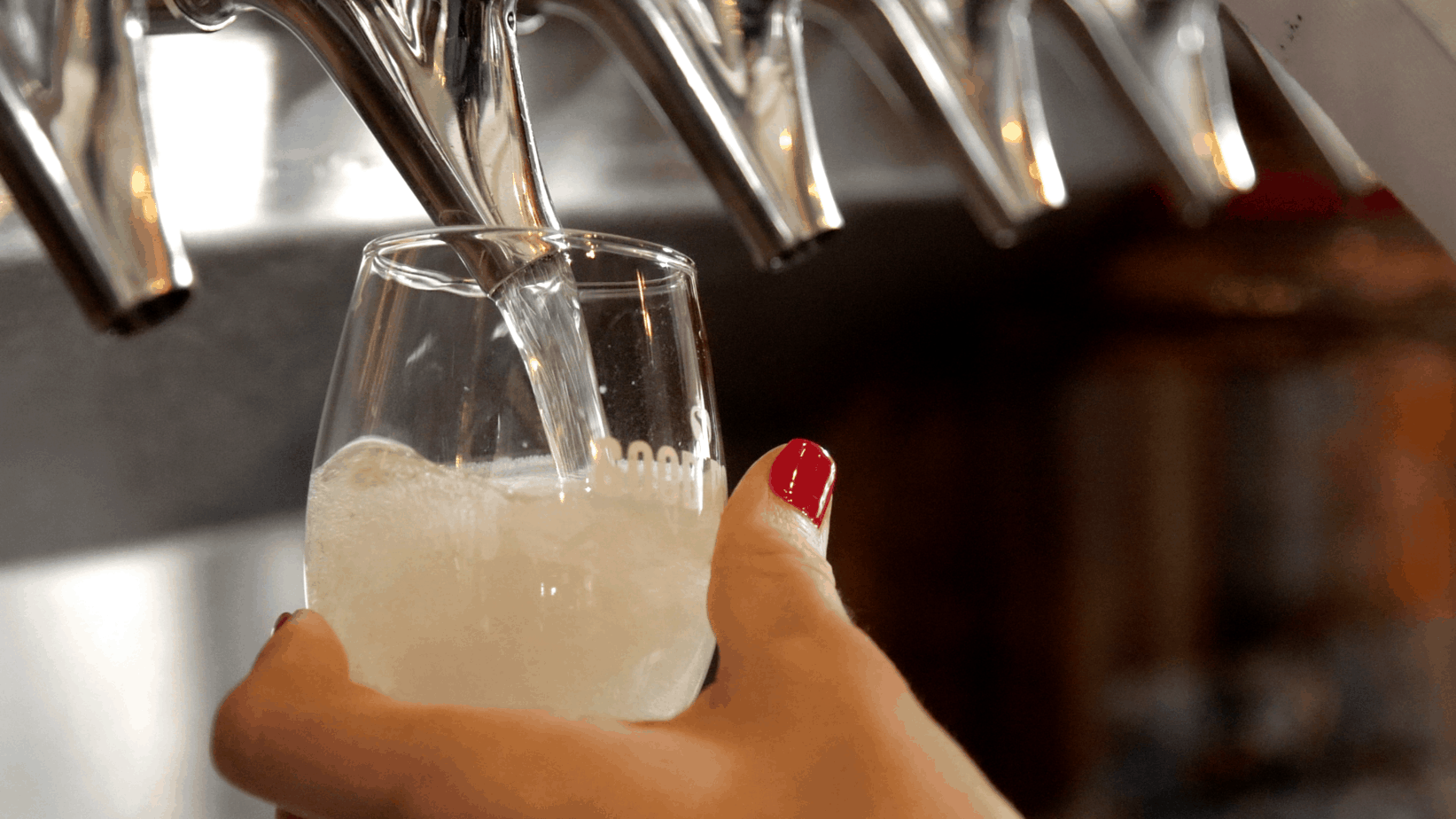 March comes, and I get really into basketball. I fill out more than one bracket. I watch all the games. I start yelling at the TV and get really excited about buzzer beaters and bracket busts.

I’m all about the madness that happens in March.

So a few months ago, I was thinking (while I was on my way to work. My car is where I do my best thinking). What if I combined my interest in Charlotte breweries and beer with my annual interest of filling out brackets?

And the Charlotte Brewery Bracket was born. On I-77 in the middle of a traffic jam.

WHAT IS THE CHARLOTTE BREWERY BRACKET? 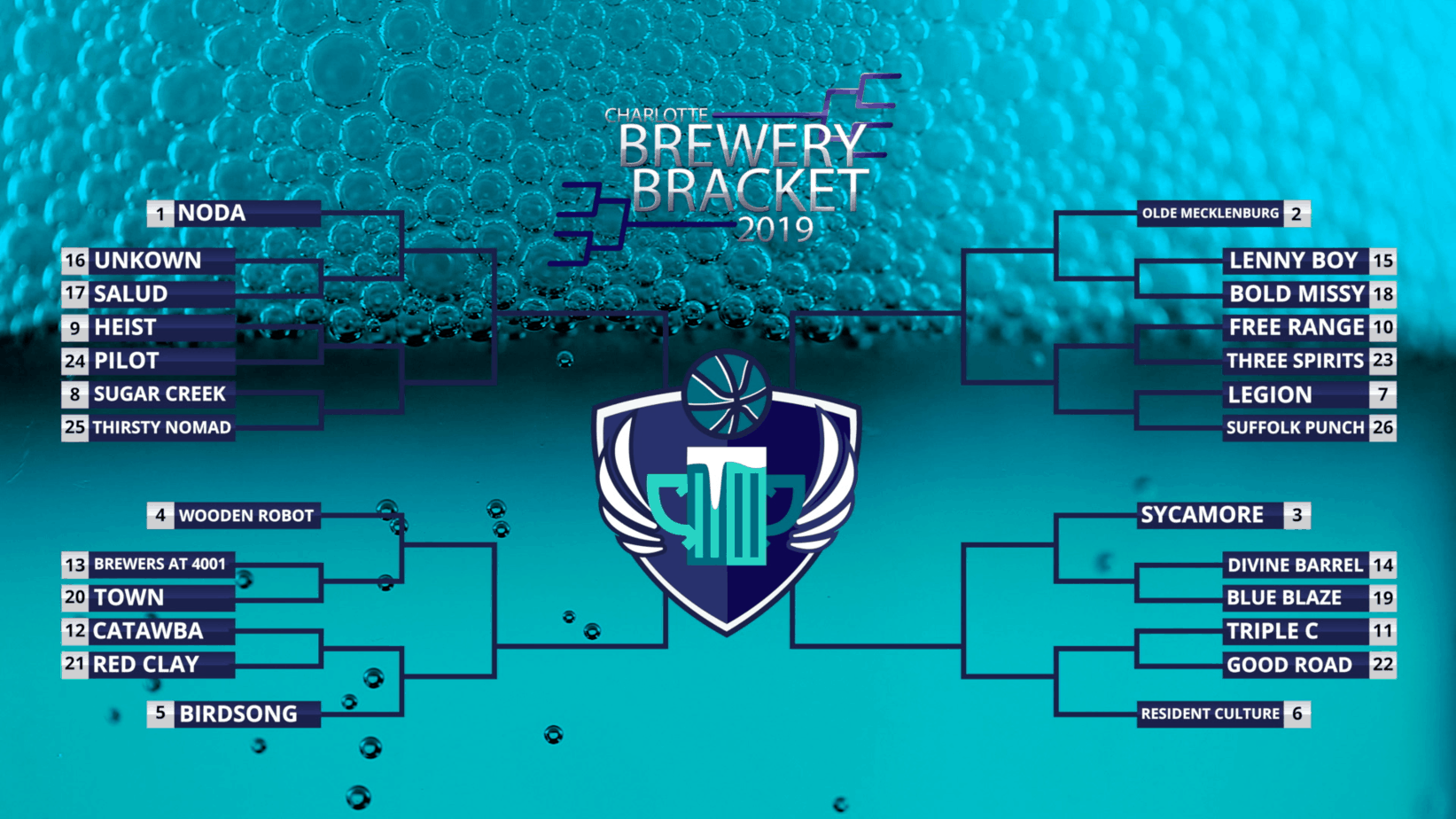 Created to celebrate Charlotte’s growing local beer and cider scene, the Charlotte Brewery Bracket is a tournament style series (you know, inspired by the madness that is March) featuring the 26 Charlotte breweries and cideries in weekly head to head match ups.

Which Queen City brewery will be crowned champion?

You get to decide!

Vote weekly for your favorite Charlotte breweries on Facebook and Instagram; the Charlotte brewery or cidery with the most votes in each match up will head on to the next round until you pick the winner! 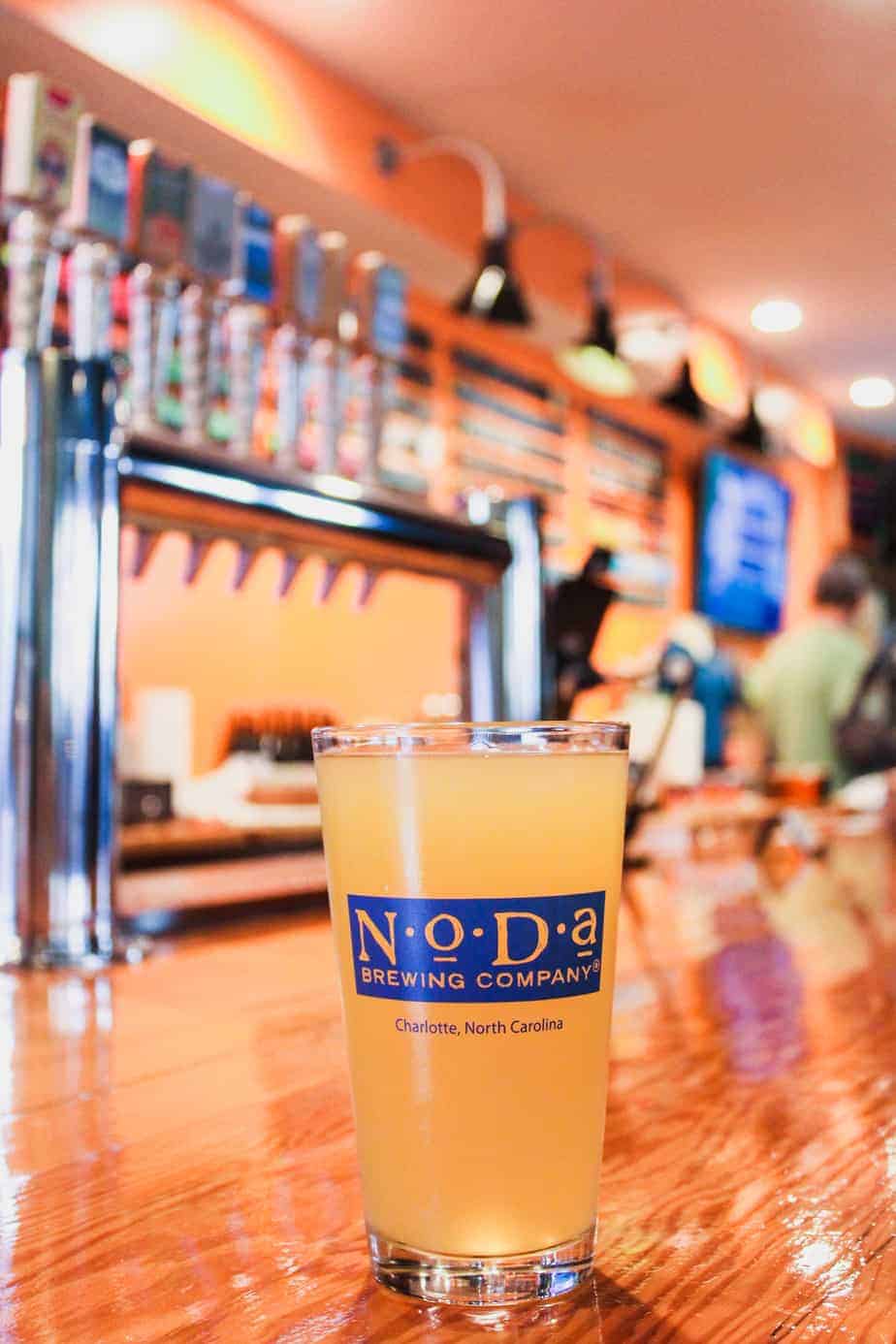 The Charlotte Brewery Bracket is supposed to be a fun, friendly competition. It’s supposed to highlight and support the local craft beer movement in Charlotte.

When I moved to Charlotte in 2012 I think Charlotte’s 4th brewery had just opened (Heist and I have about the same Charlotte anniversary.)

The growth of our local beer and cider scene is incredible and I love that we have enough Charlotte breweries and cideries to field an entire bracket now. 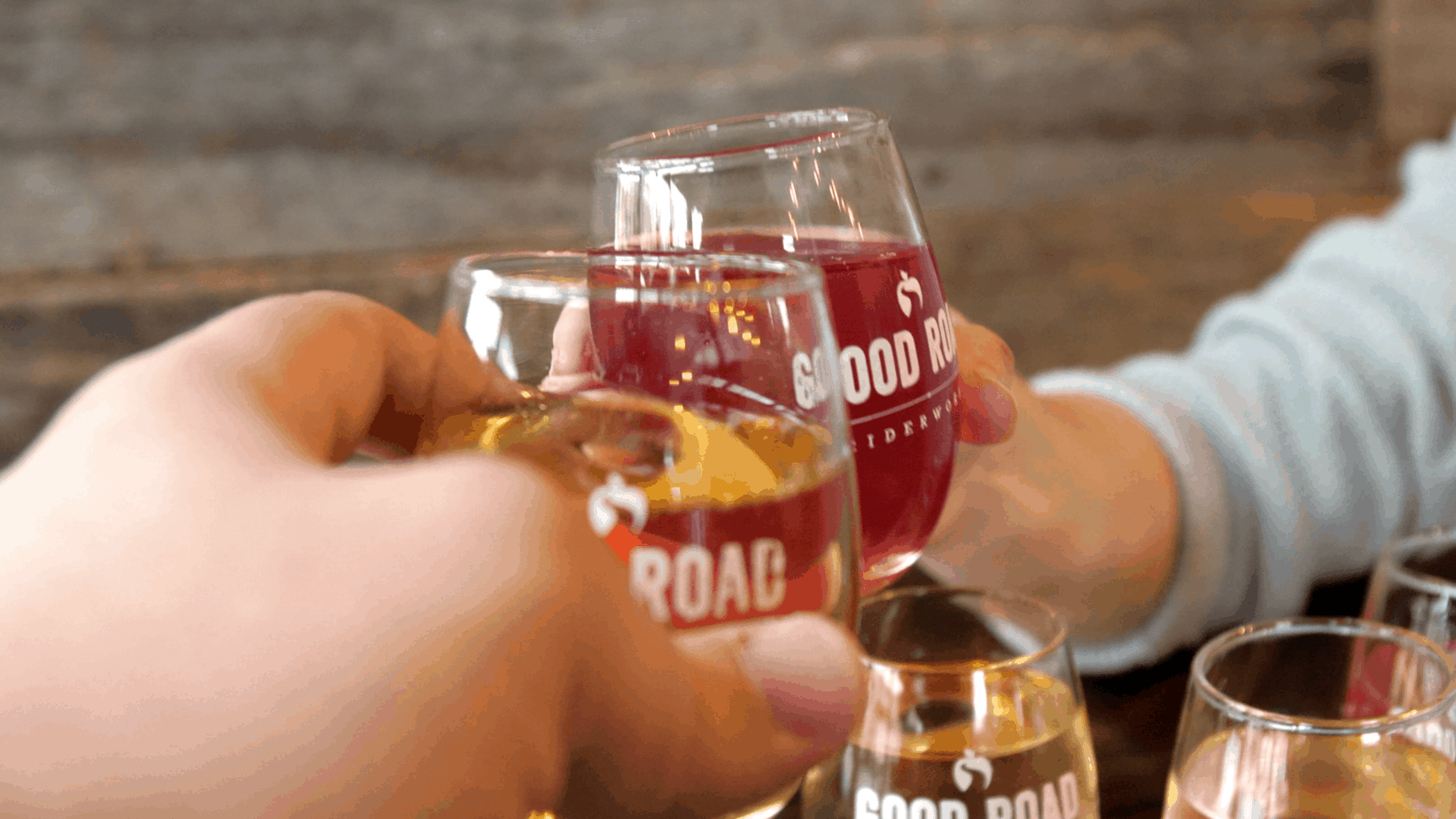 The Charlotte Brewery Bracket was not created to put down any of our local watering holes or bash the hard work of our local brewers. Come back each week. Vote for your faves. Have fun. No trash talking or brewery bashing please.

Deciding on seeds was the hardest part of this entire process.

It was very difficult for me to design this bracket without byes, because if there was a field of 32, I would have had to pick and choose a few breweries outside of city limits (and there are so many great ones) that I didn’t feel it would be fair to have some participate, but not all.

The entire Charlotte metropolitan area is home to a booming brewery scene, and we love the breweries in the surrounding areas of Charlotte, but due to time and space limitations, the Charlotte Brewery Bracket is limited to those breweries and cideries within Charlotte, N.C. that were open as of February 2019.

Because of that, we are left with a field of 26, giving six breweries a bye in the first round (this bracket is designed after an actual basketball tournament bracket with 26 participants.)

So how did I pick the seeding order and which breweries got a bye?

Prior to seeding, I did a lot of research including referencing other local Charlotte publications, more regional and statewide publications, brewery history, awards won, as well as surveying my audience based on a number of criteria including beer, taproom, atmosphere, food and ambiance.

I also spoke with a local certified cicerone as part of my research. I think I drafted and reworked the seeds over about a month-and-a-half to two-month period, and while I’m sure there will be people who have qualms with certain seeds or maybe disagree with the seeding overall, after working on it over a period of time I felt that this was a good result.

And one last, quick note: if you aren’t drinking local and support Charlotte’s local breweries already, what are you doing with your life? 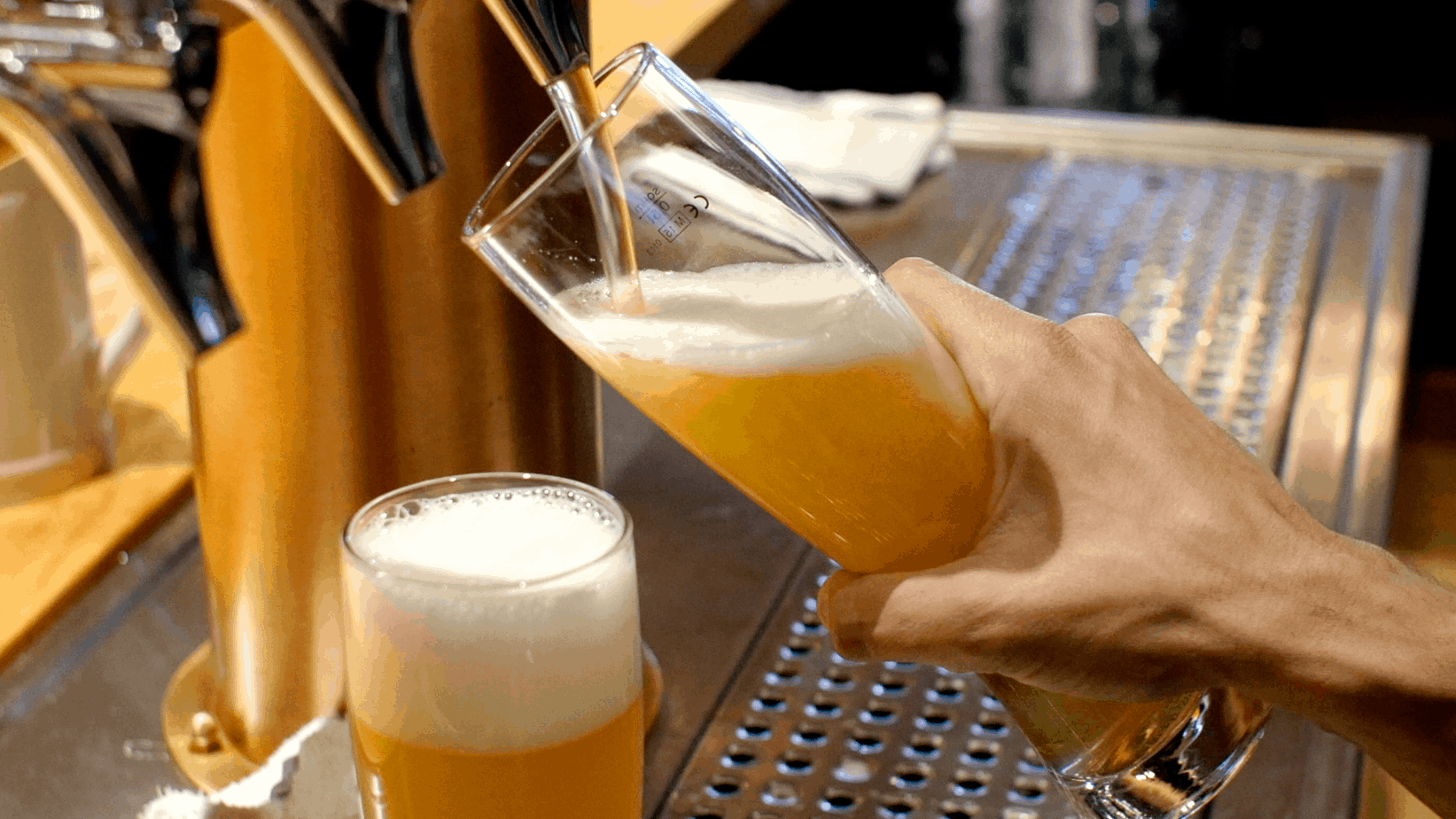 March 4-8: First round of voting. There will be two matchups each day.

March 11: Second round of matchups announced.

March 12-15: Second round of voting. There will be two matchups each day.

March 18: Third round of matchups announced.

March 19-22: Third round of voting. There will be one matchup each day.

March 25: Fourth round of matchups announced

March 26 and 27: Fourth round of voting. There will be one matchup each day.

March 29: The winner will be crowned!

Each round of the Charlotte Brewery Bracket will be announced on Off the Eaten Path, Facebook and Instagram weekly. Polls will open every morning at 8 AM and each matchup will be open for voting for 24 hours. 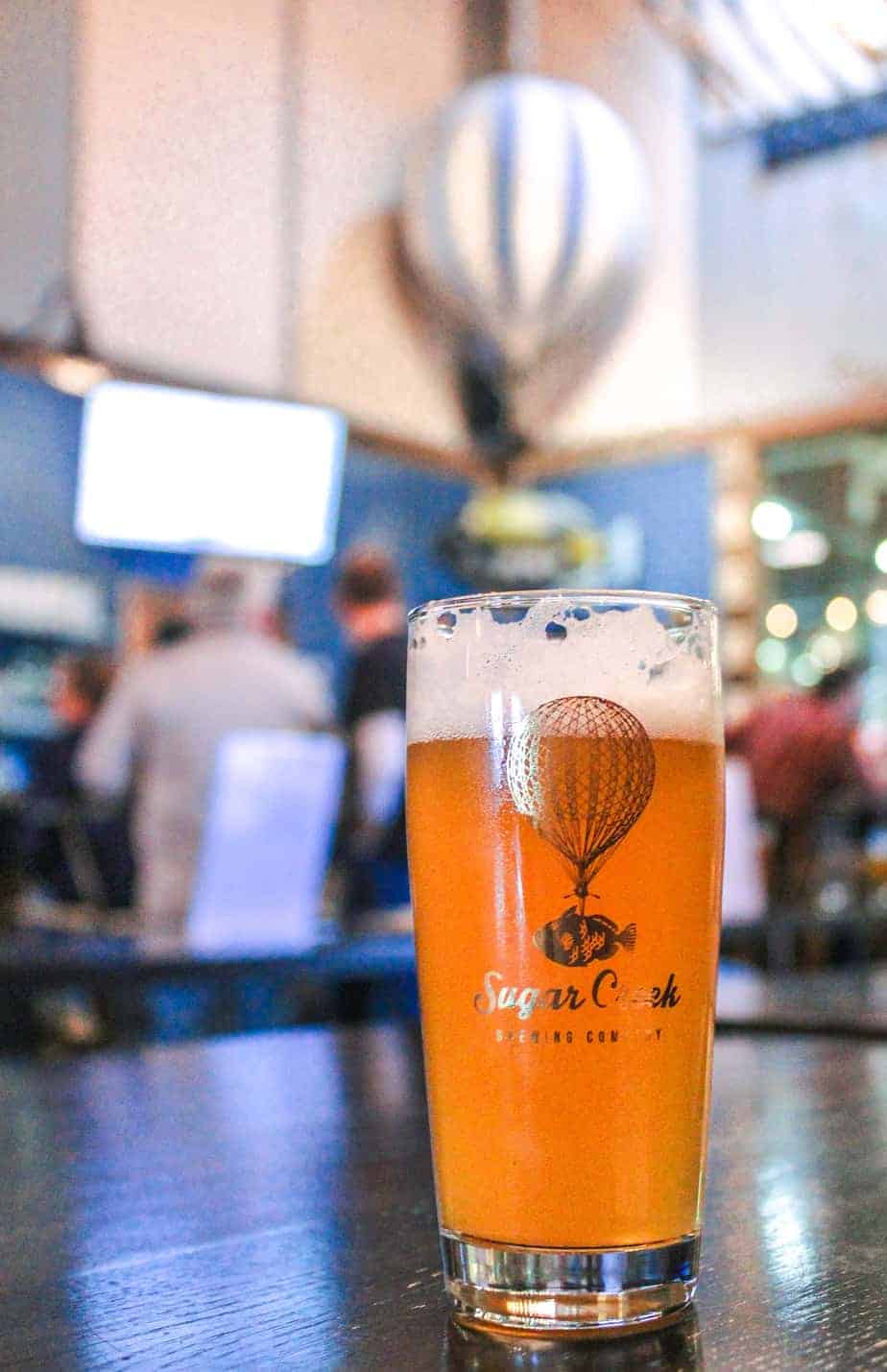 Unknown Brewing: It’s not about being mysterious or because they couldn’t come up with a name; instead it’s about adventure and taking risks which is reflected through the brewery’s culture and beers.

Pilot Brewing: Calling Plaza Midwood home, this neighborhood nano-brewery is one of the newest breweries in Charlotte’s scene and focuses on small and experimental batches

Thirsty Nomad Brewing: The intimate taproom is tucked off of S. Tryon Street and emanates a cozy, living room feel with a splash of steam punk. 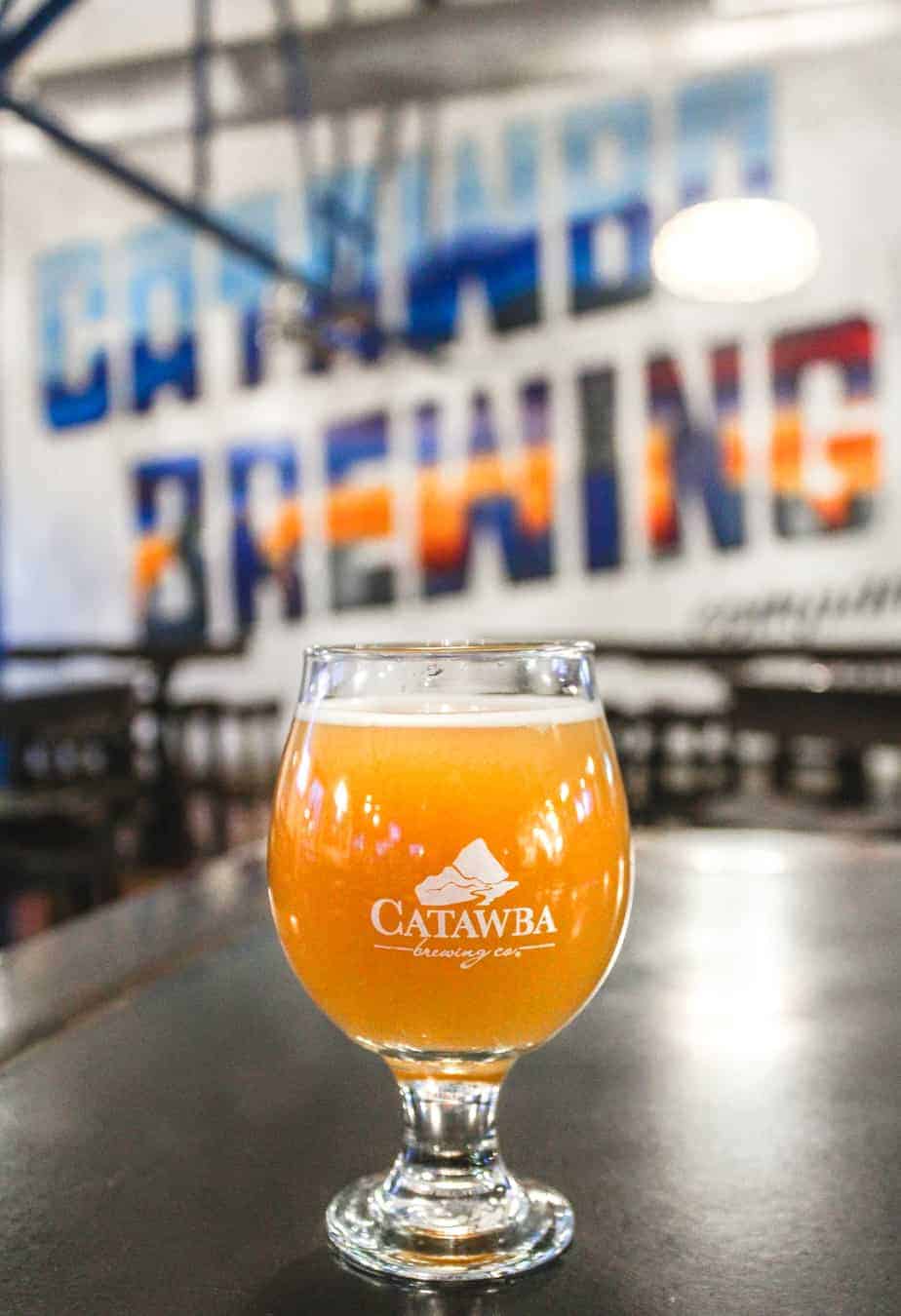 Town Brewing: Neighborhood taproom in Wesley Heights with a focus on crafting good beer and community.

Catawba Brewing: The Asheville based brewery’s third location in the state nestled in the Belmont neighborhood with skyline views

Birdsong Brewing: With a collection of beers whose names nod to song titles, Birdsong has been brewing innovative, unfiltered brews since 2011. 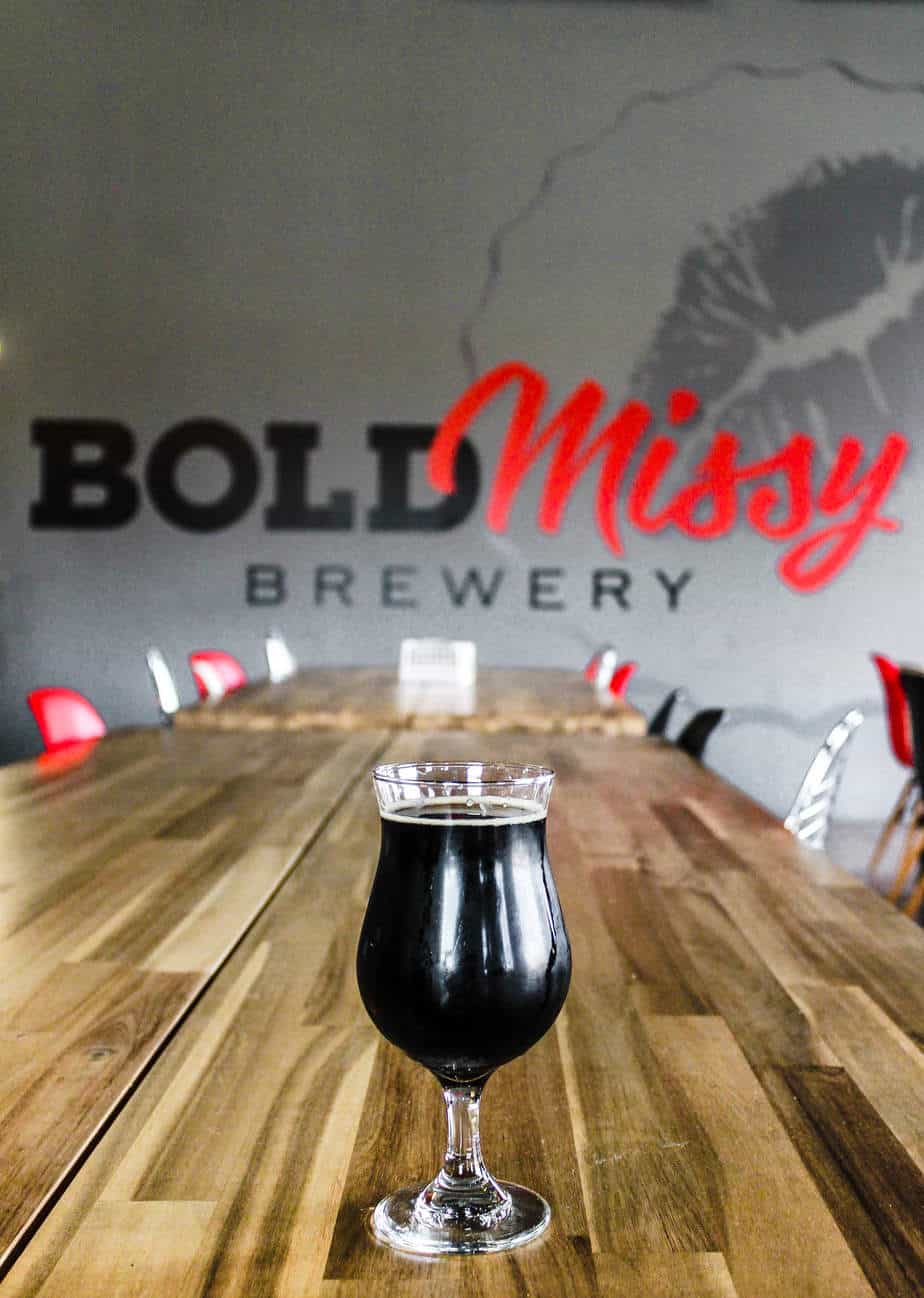 Olde Mecklenburg Brewery: The OG of Charlotte breweries full of German inspiration and a beautiful Biergarten

Lenny Boy Brewing: Named after the founder’s dog, Lennox, Lenny Boy is a one stop-shop for not only beer, but organic kombucha, wild ales and gluten free offerings.

Bold Missy Brewery: A brewery owned by women that is celebrating women 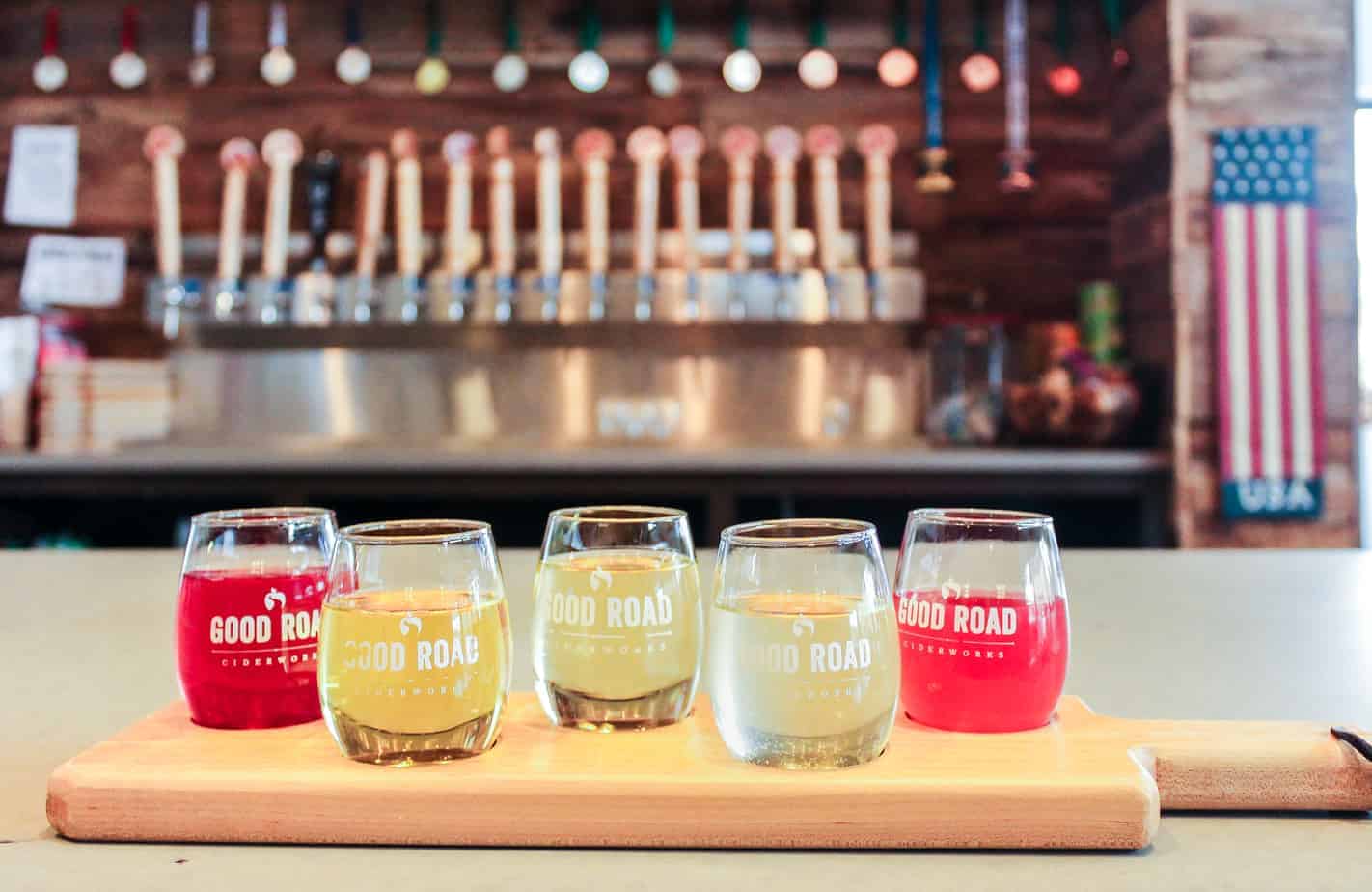 Sycamore Brewing: Popular powerhouse thriving in in South End, with beer, cider and wine on tap, plus tons of weekly events and live music.

Divine Barrel Brewing: With a dual definition of “divine” as “you often need a little help from the universe” and “unusually lovely,” Divine Barrel brews wood fermented and barrel aged wilds and sours, small batch brews and other unique experiments.

Blue Blaze Brewing: Opt outside with Blue Blaze’s strong outdoors motif that carries through the taproom to the names of the brewery’s core beers (which are named after different trail markings)

Triple C Brewing: A neighborhood favorite since 2012 named for the three original founders. (Speaking of names…Baby Maker is in contention for best beer name ever) 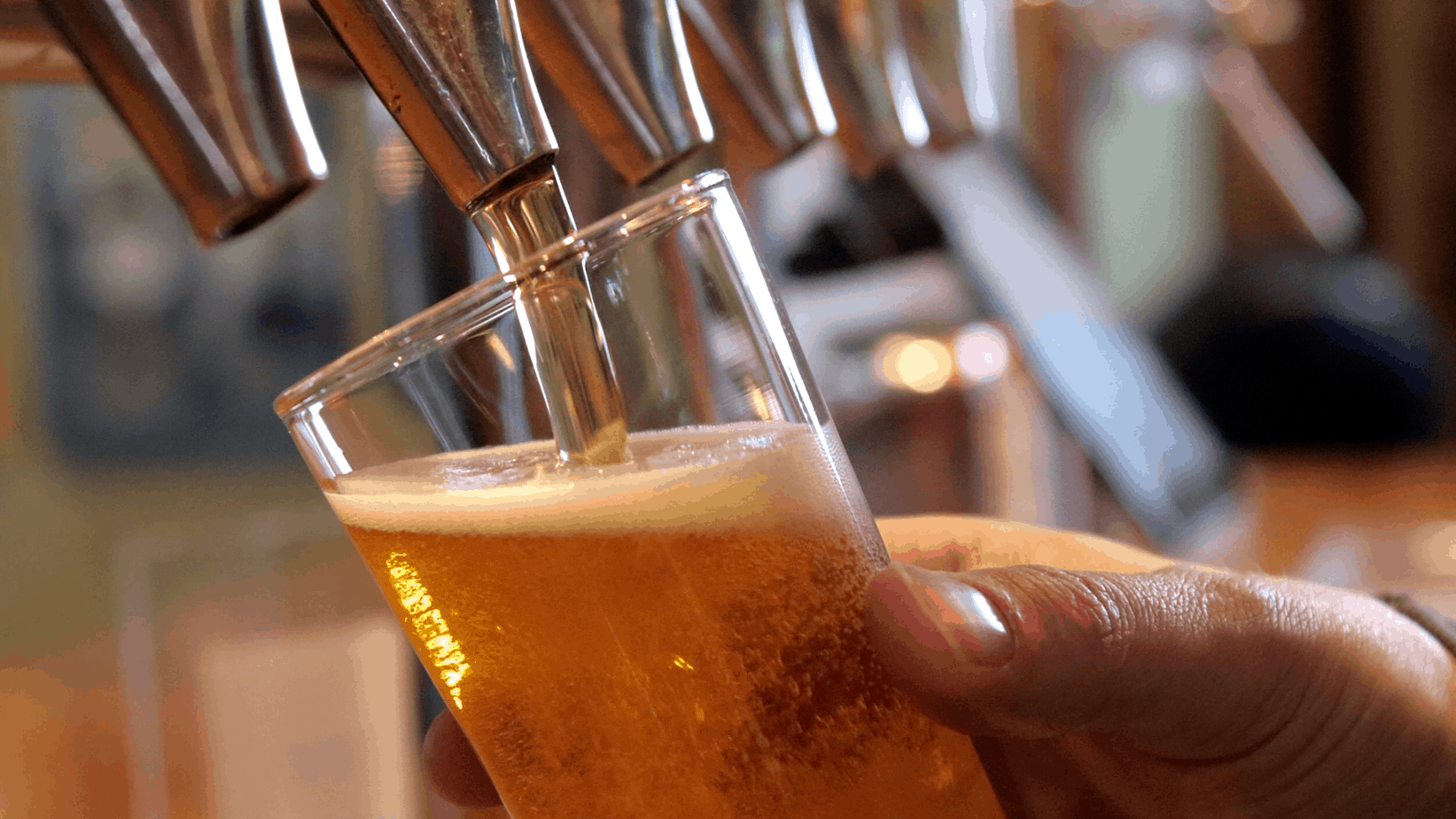 CHARLOTTE BREWERY BRACKET MATCHUPS: ROUND ONE 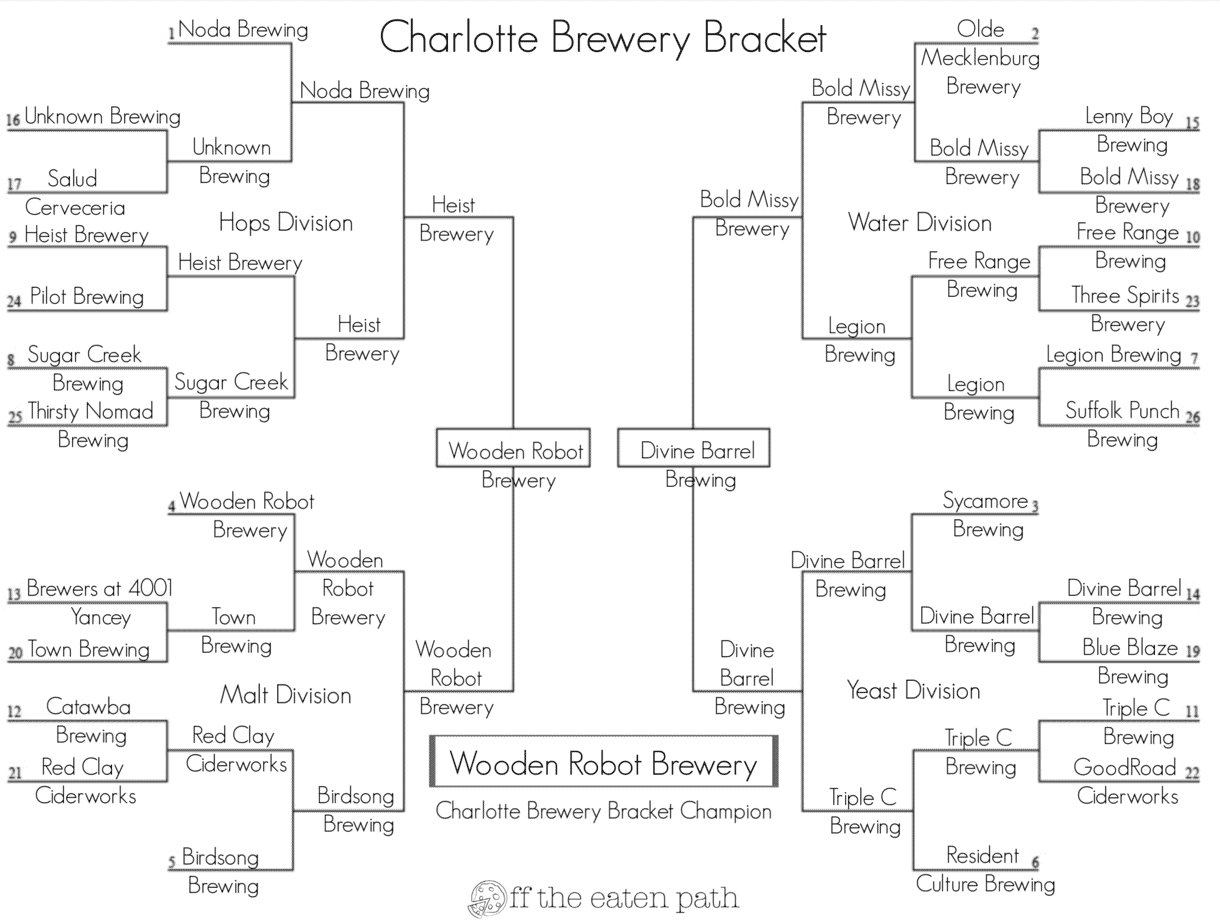 CHARLOTTE BREWERY BRACKET IN THE NEWS: